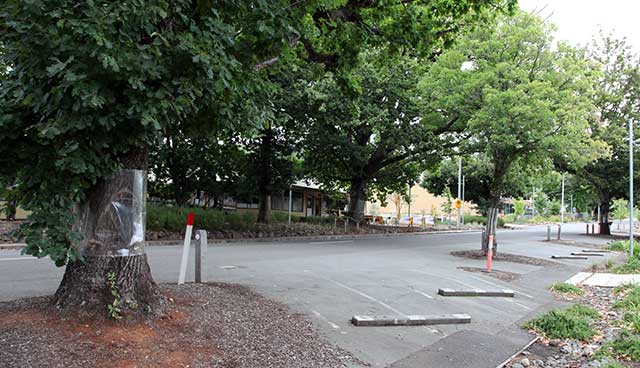 It's 4.45pm in the main street of Marysville on the 7th of February, 2014. It's eerily like Black Saturday, five years earlier to the day. It's quiet, hazy, with hardly a person to be seen and only three cars in the main street, with thick clouds looming in the west, and yes, they are clouds this time, not smoke.

The place is deserted; not a sign of anybody. It's remarkable how on such a day, hot, windy, uncomfortable, that a town can seem quite deserted, yet there are so many people actually in the town. They're all holed up their homes, just trying to keep cool, yet giving the town the appearance of being deserted, just as it was five years ago on Black Saturday. Only this time, the power is still on, the air conditioners are still working, and there's no fire!

I drove around town for a while - not much happening at all. At 5.45pm I visited the site in Sedgwick Street where our SES crew, assisted by many townsfolk, rescued Bev McGeary, trapped in her crushed car exactly five years earlier to the minute. 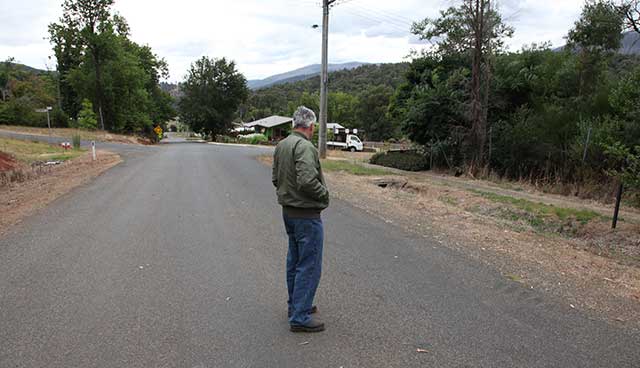 The scene is very different now. There were many huge big gum trees lining the street to the west that were blowing wildly about in the gale-force winds. I thought they were going to come down on top of us, and so did my then wife Jennifer, who said to me at the time "I really want to get out of here!" They didn't come down on us, and now all but one of those trees is gone.

I drove to the site of Susan Lucas' home, where five years ago we rescued her and took her to Alexandra. If we hadn't done that, she would have perished. 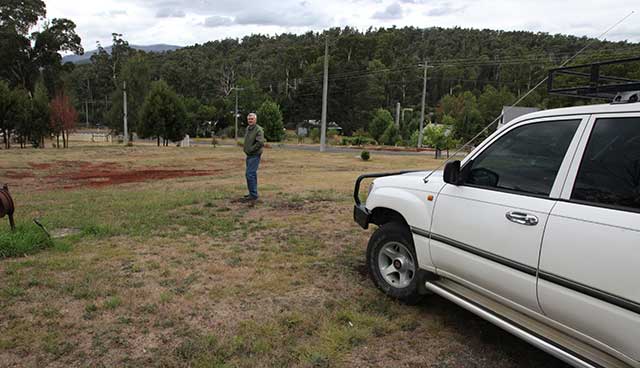 I remember speaking to an elderly retired couple standing watching what we were doing, and telling them to get out of town - now! They didn't and stayed. The wife perished in the fire. It was a sombre tour around the town, remembering what it was like five years and one day earlier.

I drove past the places where many friends used to live. Most have gone and no longer live in the town. Their blocks have been sold to others, who have either built new homes, or remain as vacant land. 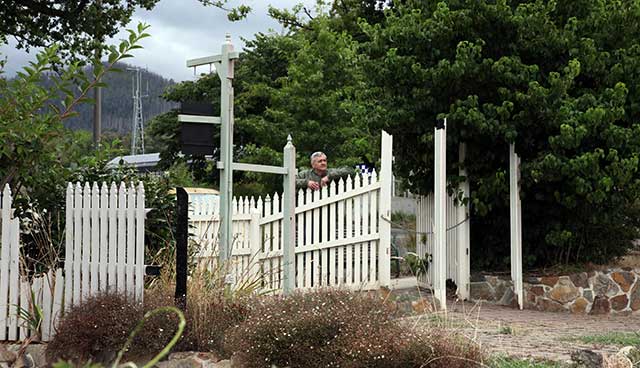 I visited my own property in the main street, sadly sold due to my post-fire marriage breakdown, and stared over the fence, picturing in my mind what had once stood there, and the last actions I took before the buildings vanished forever. 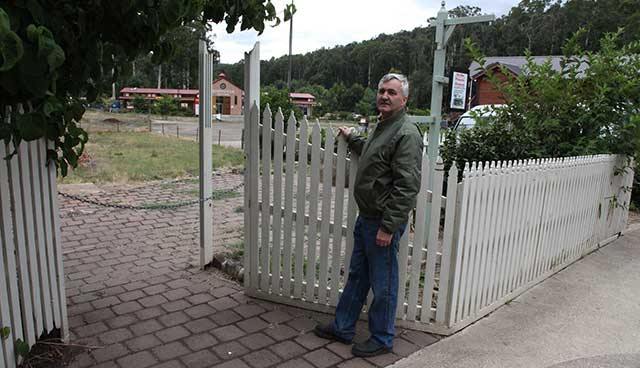 It's the only property in town that still has fire-damaged remnants, the partly burnt fence and the now roofless lych-gate. I couldn't bear to pull it down after the fires. Some in town would like to see it all removed, but that's a matter for the new owners now. I have to let it go.

Then I headed to Gallipoli Park for the memorial bar-b-que. Numbers attending this year were significantly down on previous years, with perhaps only a third to half as many people present, being about 40 people (out of a current population of about 250). 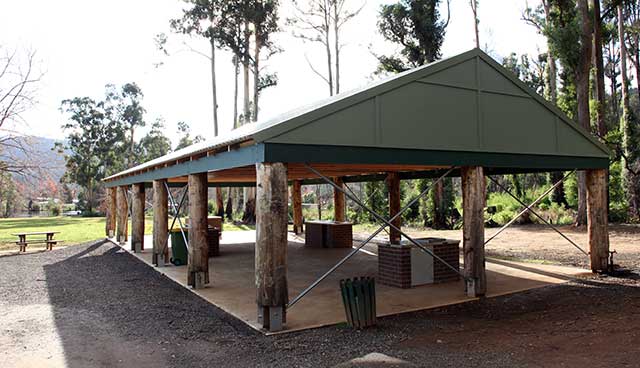 Curiously, the only two eating-places open that evening, 'Elevation 423' and the 'Lazy River Café' both had a lot of patrons present. So too were there some private gatherings at peoples homes, as indicated by the collection of cars outside, yet many others either left town or stayed at home by themselves. I think there's three reasons for this years drop in attendance. Firstly, this year there was no food or drink supplied; it was BYO everything. In previous years the Alexandra Lions Club had catered for the event, but of course, they couldn't keep doing it forever. Secondly, it was just really, really hot! Who wanted to be outside anyway, and the reminder of similar Black Saturday weather conditions, perhaps for the first time since Black Saturday, was palpable. Thirdly, I think a lot of people are 'over it' and just want to move on. I suspect that the attendance at the memorial bar-b-que will continue to dwindle over coming years, however, there may be some big 'event' for the ten-year anniversary.

And so, by tomorrow morning, it will all be forgotten about once more and the news cycle will move on to other things, but our lives don't. We seem stuck in a perennial story that seems to never end, a sort of media Groundhog Day that once a year will keep reminding us of our fate forever. 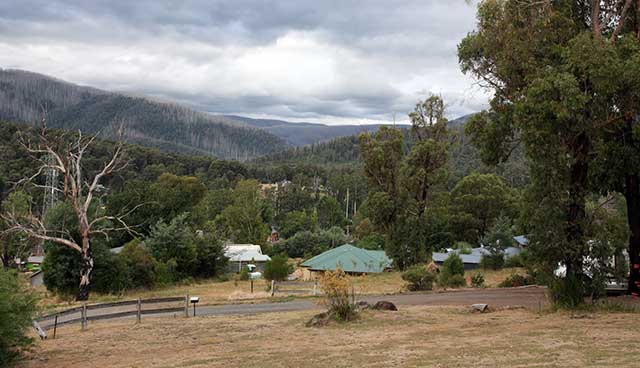